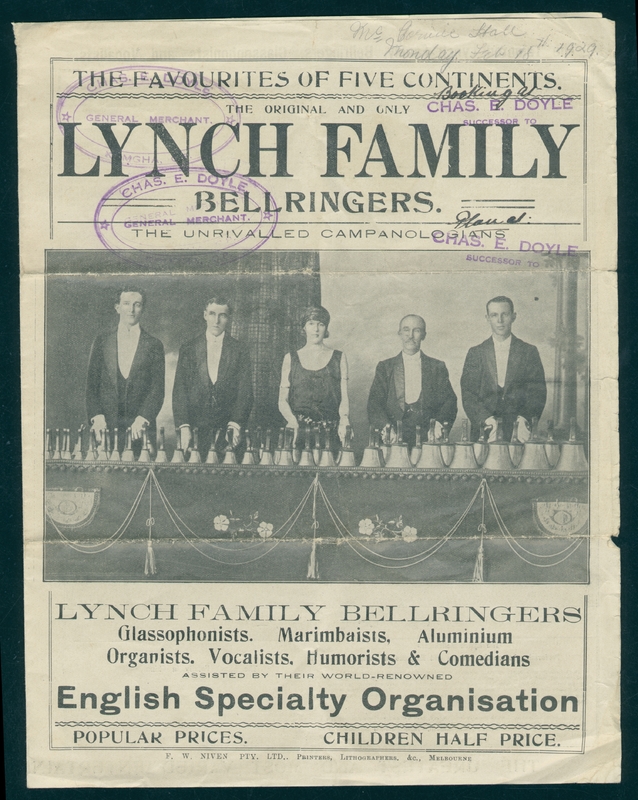 The Lynch Family Bellringers brought the sound of bells and glassophones to an entranced public in Australia and Asia from the 1870s to the 1920s. In 1936, in an article in the Sydney Mail entitled ‘Music from strange instruments’, a correspondent noted how “Old hands will, no doubt, recall the music from rare instruments that was produced by the Lynch Family Bellringers who toured Australia many years ago. They had a fine collection of strange instruments, including bells, bottles, and glasses, and they were able to produce very fine music…”

Handbell ringing as popular public entertainment first came to Victoria in the 1860s, with successful visits to Geelong by the Lancashire Ringers from the United Kingdom. Soon after, Geelong-born Harry Lynch imported 44 hand bells, 42 stand bells, and 34 clock bells from London, and began performing and touring with his children. They gradually added other innovative instruments to their highly successful vaudeville act. As ‘The Lynch Family Bellringers’, they became a household name in Australia over a 72-year career.

Percy Grainger may well have had the Lynch family in mind when he wrote in 1929: “I object to jazz and vaudeville having all the best instruments! Let us find a place in high-brow music for the gentler instruments — ukulele, guitar, harmonium, saxophone, sarrusophone, marimbas, etc.” The Grainger Museum is fortunate to include a selection of Lynch Family instruments and documents in its collection, acquired through gifts from Lynch family members. 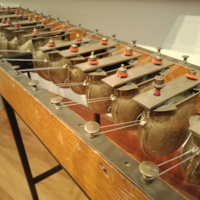 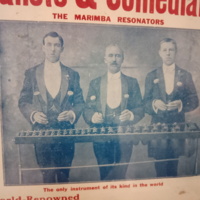