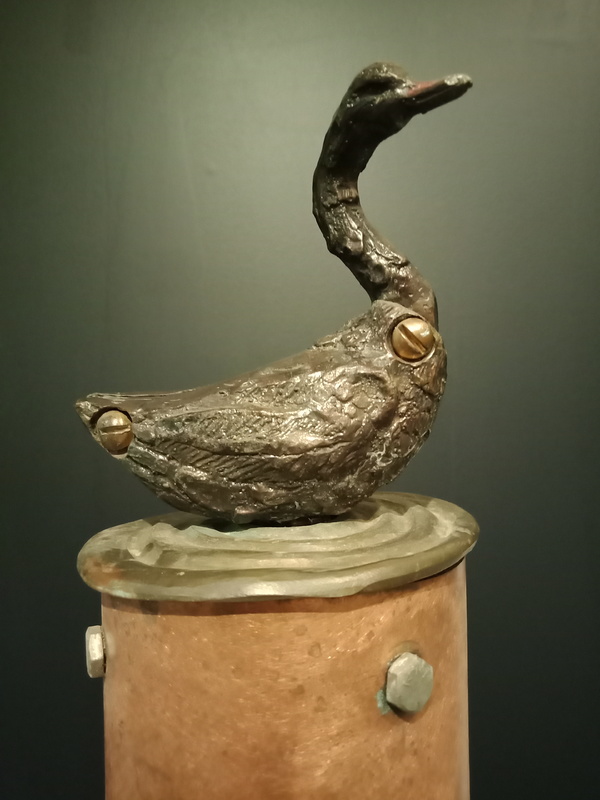 The Grainger Museum is privileged to feature innovative artworks created by Anton Hasell, produced since the partnership with Neil McLachlan on the Federation Handbells in the late 1990s and early 2000s, in the exhibition. The creative experiments and drive of Percy Grainger have been a deep influence on Hasell. He writes:

“Reading on Wikipedia that Percy Grainger wrote ‘all my compositional life I have been a leader without followers’ breaks my heart. Such a sad misconception of his life’s work has me wanting to hug him to my breast. We all begin by travelling the well-trampled track toward a collective horizon-line future. Some of us along the way glimpse through the wooded terrain a golden glint of an alternate destination. This leads us off into the bush to trek a solitary path toward that better future. Soon the beaten path is out of sight, with the burble of travellers lost to our ears. Only a glowing vision (or memory of it) lights each step onward.

Occasionally we cross paths others have cut in their singular exploration, such as discovering the ‘Kangaroo Pouch Instrument’ that sits on a track where the trees have a ‘P’ cut in their trunks. One is tempted to run along that track in the hope of coming across Percy, but his having long since passed this way, must return to the crossover place and resume the trek of one’s own imaginings.

Often, when vision or courage fails, a wanderer will hack a way back to the well-beaten path in search of acclaim, and followers. What Percy Grainger failed to understand was that leaders with followers are merely tour guides to inquisitive, quarrelling crowds willing only to widen paths cut by one other than themselves. Percy was too imaginative and too courageous to ever really want that kind of confirmation. The excitement of scaling a rise, to again glimpse that which is possible, outstrips all else. Coming across old tracks made by fellow visionaries is comfort enough for any explorer.” 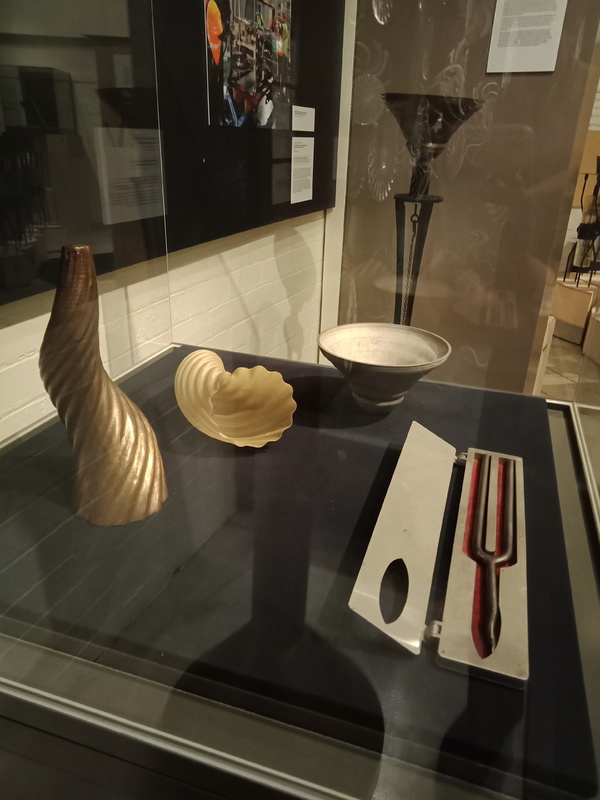 Hasell has recently completed the design, casting and tuning of ten cast bronze 'difference-tone' bells for the Long Now 10,000 Year Clock Project. At the Commonwealth Scientific and Industrial Research Organisation (CSIRO), alternative direct-metal printing technologies were used to print in titanium and in stainless steel/bronze-fused materials. On display in the exhibition is the first 3D direct-metal printed bell and it was used to analyse the acoustic outcomes of direct-metal 3D printing technologies. The ‘difference-tone’ refers to the partial frequencies of this new bell design. Frequencies are carefully arrayed such that the bell generates a psycho-acoustic pitch an octave below the lowest actual (audibly perceptible) frequency in the bell.