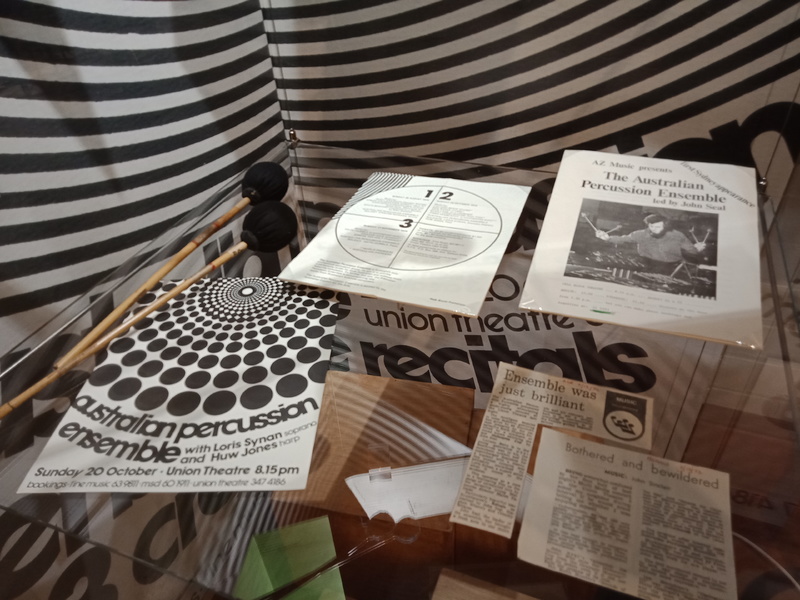 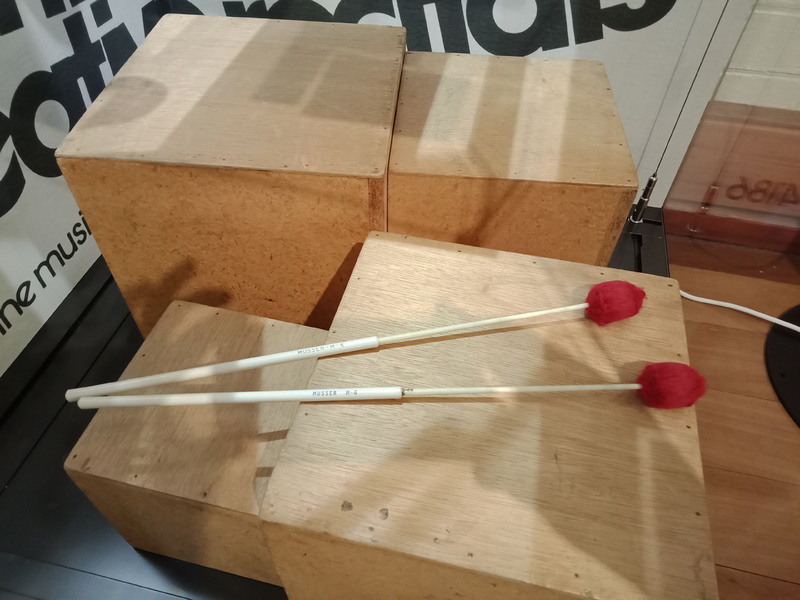 Percy Grainger’s percussive innovations brought into prominence the use of tuneful percussion instruments, particularly the marimba and metal marimba (metallophone). This led directly to the development and exploration of these instruments in the 20th and 21st centuries. Grainger’s vision for the importance of percussion was closely aligned with that of the first contemporary percussion ensemble that was formed in Australia, the Melbourne-based Australian Percussion Ensemble (APE), in the 1970s.

APE was the first formal, government-funded percussion group in Australia. It included graduates of, and teachers in, the University of Melbourne’s Conservatorium of Music. APE presented truly ‘multimedia’ performances that expanded the performative possibilities of percussion instruments, traditional and newly invented. APE core members, including founder John Seal, and his student Wendy Couch, practiced on Percy’s instruments here in the Grainger Museum. John Seal also contributed to workshops for school-children in the Grainger Museum, under the aegis of Conservatorium lecturer and musician Keith Humble.

APE began their ensemble activity in 1972, and performed in Melbourne, Sydney and Perth. They disbanded as an ensemble in 1977, due to logistical challenges and lack of support from a traditional concert-going public. Their radical ensemble practice was significant to the emergent Australian percussion repertoire and identity of the period. An example of the recognition of their contribution is the reworking by Speak Percussion in 2009 of the APE-commissioned work Salon Music (1977), by Warren Burt.