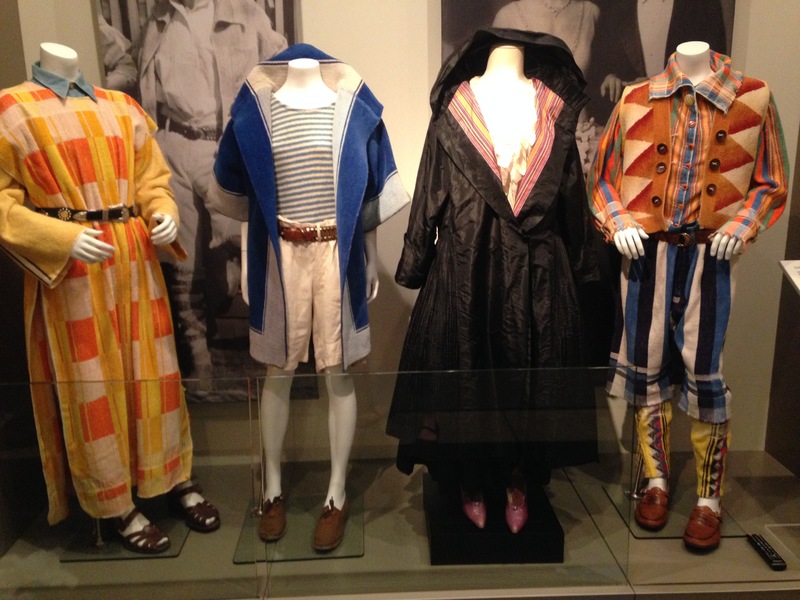 Display of costume from the Grainger Museum Collection 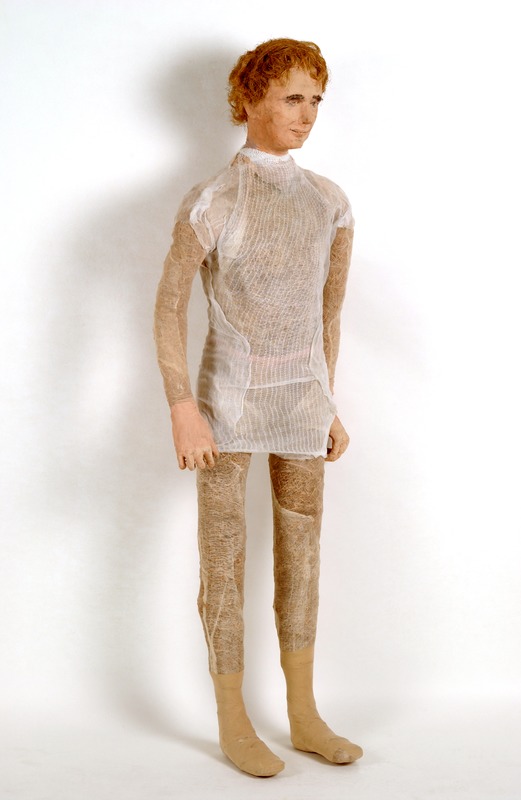 Life-sized mannequin of Percy Grainger, made for displays in the Grainger Museum

Clothing was always central to Grainger’s conception of his Museum, to give a rich impression of the personalities of key people in his story. He wrote in 1922 that his future museum would display ‘Grieg’s watch, Grieg mementos, mother’s collection of Scandinavian & Tartar Embroideries, scarfs, some of her most characteristic clothes, my collection of beadwork & native art, my toweldresses & army uniforms’.

Between 1910 and 1914 I wore these clothes while giving many of my lessons in London and continually during my composing holiday in Denmark. In 1932 and 1933 my wife and I took up again this idea of clothing made of towelling and when in Australia in 1934 and 1935 we were amazed by the beauty of the bath towels on sale in Australia – some imported from England, Chekoslovakia [sic] and America, but most of them (and amont them the most beautiful ones) manufactured in Australia. Here was a chance to show what could be done with the beauty born of machinery – a beauty as rich and subtle, in its own way, as anything made by hand or loom. The problem was to use the towels with as little cutting and swing as possible, and in this skill my wife shone.

In 1951 Grainger sent life-sized wood and papier-mâché figures to the Museum of himself and Ella, and friends Cyril Scott, Balfour Gardiner and Roger Quilter. Percy Grainger also collected clothes from Karen Holten, his Danish girlfriend, for the Grainger Museum collection. Grainger wrote, ‘I want everything in the museum to be very documented and fact-tight… It would seem to me a good procedure if the visitor could get an impression of the taste & habits of the composer from looking at his clothes DISPLAYED ON SOME VAGUELY LIKE FIGURE & look at the photo alongside for likeness details’. The Grainger Museum Collection has hundreds of items of male and female clothing, including underwear, shirts, pants, suits, jackets, dresses, hats and shoes, ranging from the intimate to the formal, which are a rich resource for research into the history of clothing,  treatments by Conservators, and creative responses by Animation students.

← Relics and Mementos
Visiting the Museum in 1967 →
Clothing and Character