This online exhibition explores the creation of the Grainger Museum from the 1920s through to the 1960s, through four themes: the architecture and design of the Museum, the creation of the Archive, selections from the domestic objects collection and costumes collection, and video from the Museum dating from 1967. The online exhibition reflects a display in the Grainger Museum, installed from 2017-2020, and includes links to student research and creative responses to the Collections and themes. 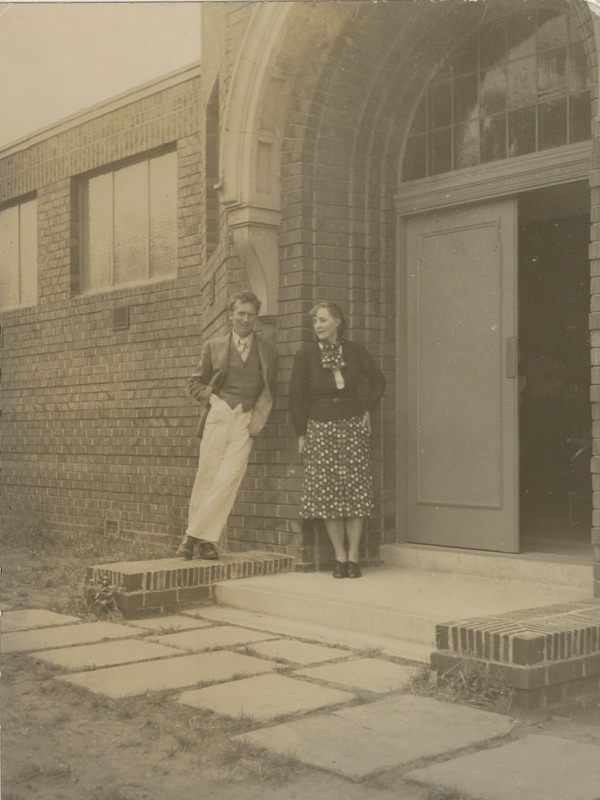 The idea of the Museum

Percy Grainger and his mother Rose Grainger visited museums frequently on their travels, and both understood the power of objects to evoke memories and promote creativity. They were particularly inspired by the collections they saw in museums in Australia and New Zealand that featured indigenous arts and crafts. In 1910 they began referring to Percy’s growing collection of musical instruments and ethnography from around the world as his ‘museum’.

The tragic death of Rose, in 1922, was a trigger for Grainger to formalise the Grainger Museum concept. Initially conceived as a memorial to Rose, the concept evolved into a museum that would showcase Grainger’s musical creativity, as well as the art of important contemporary composers. Grainger’s wife Ella was central to the Museum’s realisation. She wrote ‘both Percy and I were very museum-minded people…so we were very up to the idea that there should be a museum after Percy, with all his things’.

Grainger negotiated with the University of Melbourne in the early 1930s to create a museum on University grounds, to be entirely self-funded. He proposed a ‘Grainger Museum and Music Museum’ that would include his own collections, as well as collections chosen by the University to represent Australian musical culture.  The Museum was formally presented to the University in December 1938, although it did not open its doors to the public for another two decades.