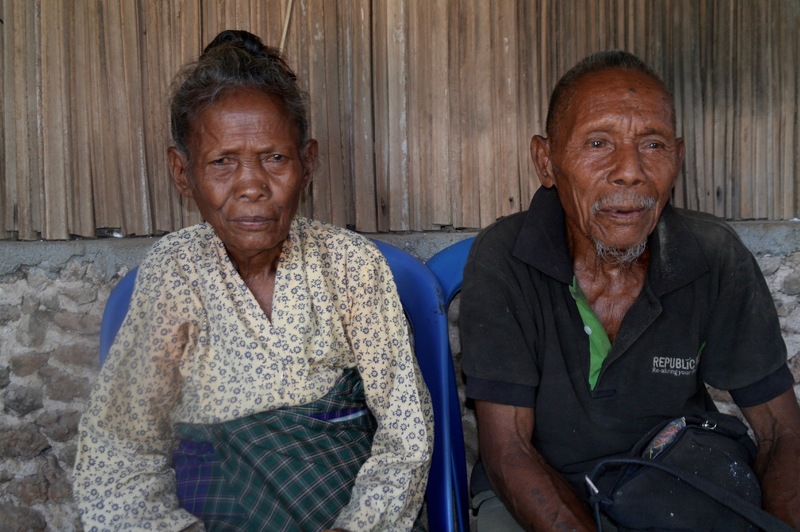 Miguel da Dosta and his wife tell the story of Acanaltou and Teterenta.

ENGLISH
The story of Acanaltou and Teterentau was documented in two villages, in aldeia Paijahara, in sub-district Lautem, and aldeia Malahara, in sub-district Lospalos. The story is about two women, married to the same man. The first wife wasn't able to have children because she was infertile. The second wife was able to become pregnant and gave birth to twins. The first wife was jealous. When the young wife was still in bed, tired from giving birth, the older wife took the twin babies away and swapped them with twin kid goats, laying them beside the young wife. She took the twin babies away into the jungle. This made for great sorrow with the family in the story.

The story in aldeia Paijahara, the women promise to her husband that she will give him a boy with the star in his head and the moon in his chest.