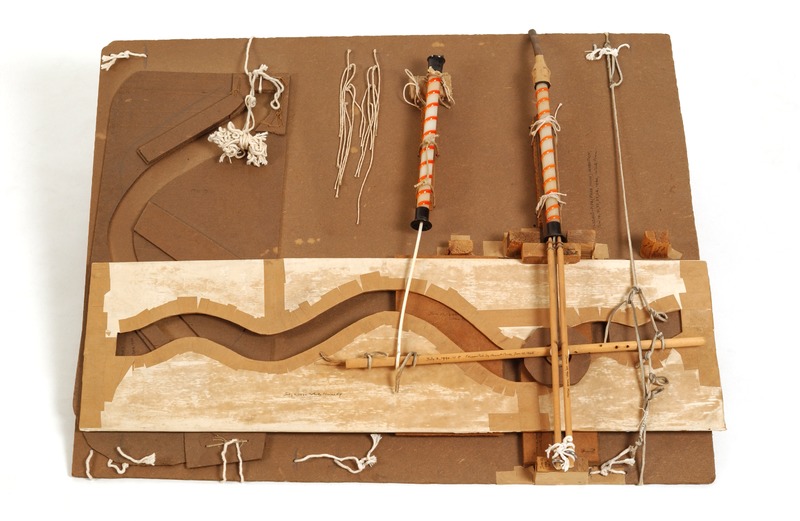 This invention was Grainger's first attempt at constructing an instrument which could glide smoothly from one tone to the next and which was controlled by a 'musical score' rather than a player. The sound was produced by two swanee whistles or 'Sliding Pipes' as Grainger referred to them. The whistles' pitch was altered by moving the 'musical score' - the horizontal wave cut from cardboard - past the whistles' plunge (or piston). The wave then moved the plunge up or down in accordance with the score, creating smooth gliding tones. Burnett Cross suggested that Grainger try positioning the instrument upright, so gravity would work in its favour. This led to further experiments such as the Kangaroo Pouch Free Music Machine with its upright columns.

An accomplished visual artist and highly analytical thinker, Grainger documented his Free Music experiments extensively and in great detail. The illustrations themselves show an innovative approach to documentary practice, inhabiting a middle ground between scientific accounts and aesthetically rewarding artwork. These documents reflect his desire to make ‘pretty machines’ that were at once both visually exciting and mechanically functional.