‘There is such an infinite variety in sound - the waves that lap against a boat, the delicate variation in the hum of telegraph wires as you pass - so many things I wanted to put into music. But there was no instrument...’ Percy Grainger, 19 October 1955

Grainger exploited the potential of existing sound sources in many of his Free Music experiments. Instruments that he experimented with included the harmonium, theremin, Reproducing Piano, Hammond Solovox, and a Morse Code practice machine. He would often combine instruments to achieve new effects, such as integrating the Solovox with the Reproducing Piano.

Grainger discovered for himself a number of techniques that were to become central to electronic music, including sequencing, continuous modulation, and timbral synthesis. He used multiple 78rpm disc recorders to record, playback, and record again in experiments in 1949-50, in a form of primitive but effective multi-tracking.

There is about an hour of extant Free Music material recorded by Grainger, including seven recordings of the Butterfly Piano, a version of Early One Morning for Solovoxes and Reed Organ, and ten recordings of the Reed Box, featuring reversed playback, gliding tones and timbral synthesis. Some of these recordings are digitised and can be accessed through the University of Melbourne Library, or streamed via the Grainger Museum website. 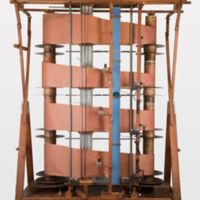 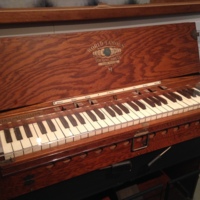 Front cover of The Listener In, Melbourne. 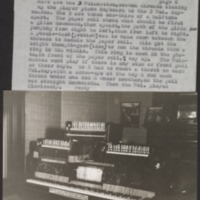 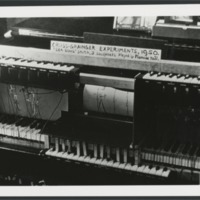 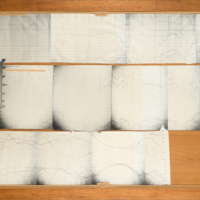 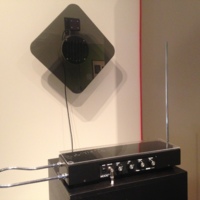