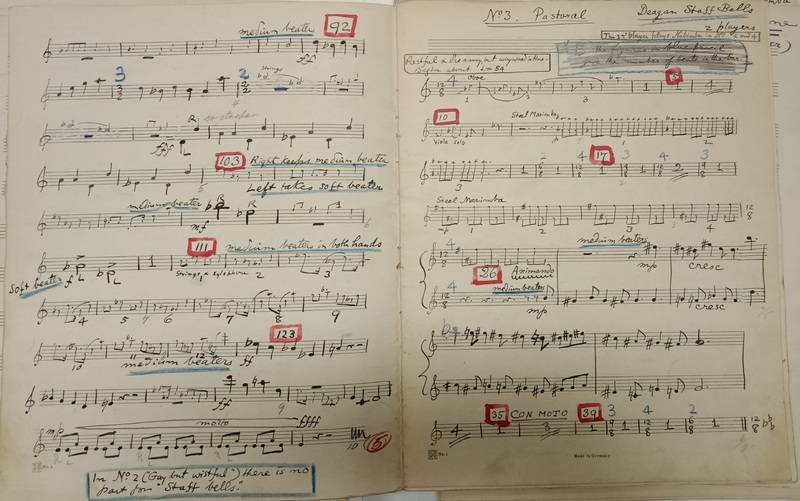 In a Nutshell Suite was first performed at the Norfolk Festival of Music, Connecticut, USA, on 9 June 1916. This suite contains some of Grainger’s best scoring for ‘tuneful percussion’. Grainger was unusually prescriptive about the type of mallets (or ‘beaters’) performers were to use, indicating ‘hard’ (‘wood or rubber mallets’), ‘medium’ (‘wooden mallets thinly covered with wool or leather’) and ‘soft’ (‘wooden mallets thickly covered with wool or other soft material’) at different points in different instruments. This was to ensure distinct and varied tonalities.

When performed in New York in 1917, after a season of performances across major cities in North America, In a Nutshell Suite was described by one critic as “the most interesting musical novelty of the season, with audiences everywhere ‘delighted by its vivacious tunefulness and astounded at its audacious novel features”. Some critics were more cautious. One suggested that Grainger was “excercising his sense of humour” with music consisting of “discordant shriekings punctuated by rhythmical whacks”. A St Louis newspaper described the performance of the Suite as “the last cry in vaudeville”.