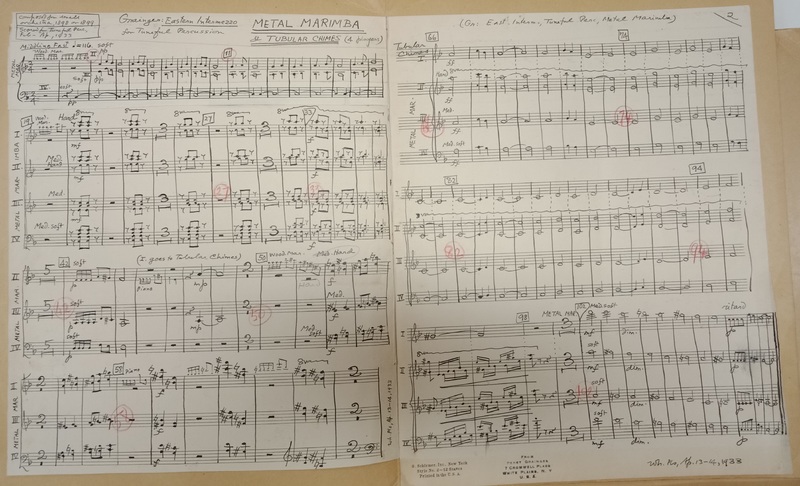 Grainger first saw Indonesian instruments, including a Balinese gong, at the home of a wealthy collector in England. In 1912, while on tour in Europe, he was captivated by the Indonesian percussion instruments he saw in the National Museum of Ethnology, Leiden.

Grainger first heard non-Western music in Chinatown in central Melbourne when he was a child. One of his earliest compositions, Eastern Intermezzo, written for small orchestra in 1898/89, was an attempt to capture this exotic sound. In 1933 Grainger arranged Eastern Intermezzo for a ‘tuneful percussion’ group of over 20 players. It was broadcast as a musical illustration during Grainger’s ABC Radio Lecture No.11, ‘Tuneful Percussion’, in January 1935, thus introducing the range and possibilities of the exclusively percussive ensemble to an Australian radio audience.