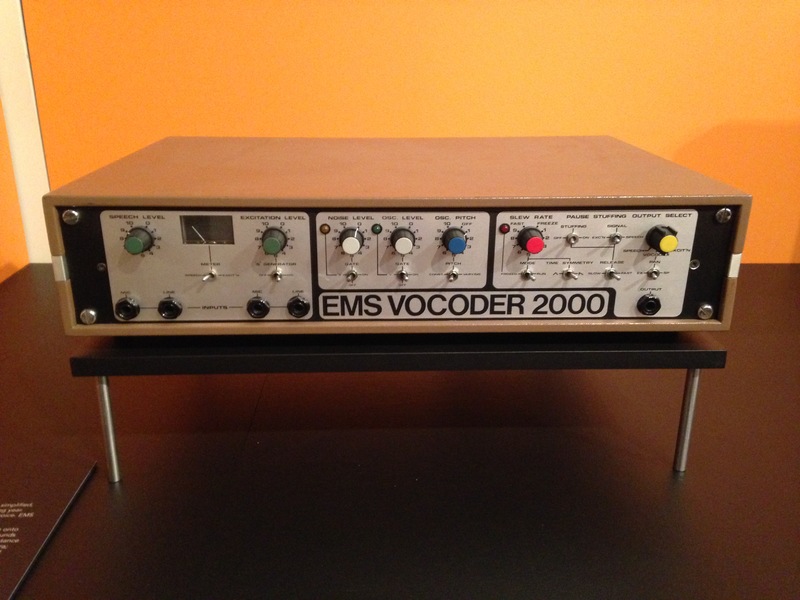 On loan from MESS Ltd

EMS first released a large Vocoder in 1976, and this simplified, lower-cost, compact version was released the following year. The instrument was designed for use with the human voice. EMS promotional material for the instrument stated:

Its main purpose is to impose the articulation of a voice onto another sound, thereby making it speak or sing. Such sounds (excitations) can be derived from any audio source: for instance musical sounds from an organ, guitar or symphony orchestra; unmusical sounds such as the roar of an aeroplane, the snarl of a lion, the clatter of a typewriter and the synthetic sounds such as a synthesizer or the Vocoder’s own voltage controlled oscillator or noise generator. In each case the sounds are made to talk or sing or resonate with the intonation, expression and meaning of an input voice, which may be derived live from a microphone or from a recording. It is of course possible to impose the articulation of a non-speech sound on to the excitation. For instance, the characteristics of a violin on to those of a saxophone … In this way, musicians who are not expert in synthesizers can produce marvellous effects with the minimum of electronic technique by mainly relying on their own musical expertise.