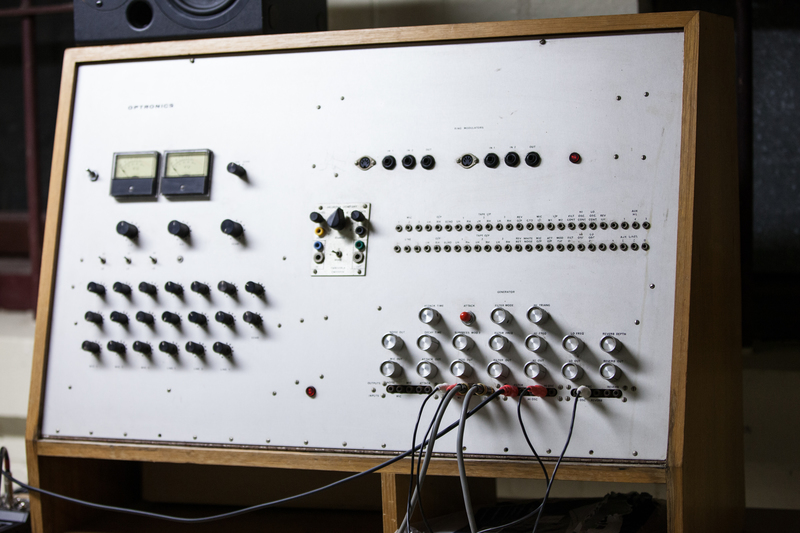 On loan from MESS Ltd

The story of the Don Banks Music Box is a legend in the electronic music world. Australian experimental musician Don Banks was frustrated with the lack of facilities for composers to learn about the new language of electronic music. In 1968 he approached the key figures of the EMS company in London, Peter Zinovieff, David Cockerell and Tristram Cary, asking them to design an affordable instrument that incorporated all the basic features available at the time in sound synthesis. In David Cockerell’s words, Banks was ‘an avant-garde composer who wanted an electronic box of tricks’. The resulting machine was called the ‘Don Banks Music Box’, and retrospectively named the ‘VCS’ or Voltage Controlled Studio, no 1. Only three were made. Banks wrote: ‘Thank heaven for the age of miniaturisation because this was small enough for me to take to bed with headphones, and to start to explore a new world of sound.’

When Keith Humble, with Bank’s advice, ordered the first analogue synthesizer for the Grainger Museum in the late 1960s, one of these three VCS1 instruments was sent to Melbourne. The VCS1 was built into a larger unit by Melbourne audio pioneer Graham Thirkell at his company ‘Optronics’. The VCS1 synthesizer is in the bottom right of the unit, and the unit also contains an early EMS twin ring modulator at top right.