Wikipedia: Marie Antoinette; baptised Maria Antonia Josepha Johanna (or Maria Antonia Josephina Johanna);2 November 1755 - 16 October 1793), born an archduchess of Austria, was Dauphine of France from 1770 to 1774 and Queen of France and Navarre from 1774 to 1792. She was the fifteenth and penultimate child of Holy Roman Emperor Francis I and Empress Maria Theresa.

In April 1770, on the day of her marriage to Louis-Auguste, Dauphin of France, she became Dauphine of France. Marie Antoinette assumed the title of Queen of France and of Navarre when her husband, Louis XVI of France, ascended the throne upon the death of Louis XV in May 1774. After seven years of marriage, she gave birth to a daughter, Marie-Thérse Charlotte, the first of four children.

Initially charmed by her personality and beauty, the French people generally came to dislike her, accusing "L'Autrichienne" (meaning the Austrian (woman) in French) of being profligate, promiscuous, and of harboring sympathies for France's enemies, particularly Austria, her country of origin. The Diamond Necklace incident further ruined her reputation. Although she was completely innocent in this affair, she became known as Madame Déficit.

The royal family's flight to Varennes had disastrous effects on French popular opinion, Louis XVI was deposed and the monarchy abolished on 21 September 1792; the royal family was subsequently imprisoned at the Temple Prison. Eight months after her husband's execution, Marie Antoinette was herself tried, convicted by the Convention for treason to the principles of the revolution, and executed by guillotine on 16 October 1793.

Louis was executed on 21 January 1793, at the age of thirty-eight. The result was that the "Widow Capet", as the former queen was called after the death of her husband, plunged into deep mourning; she refused to eat or do any exercise. There is no knowledge of her proclaiming her son as Louis XVII; however, the comte de Provence, in exile, recognised his nephew as the new king of France and took the title of Regent. Marie-Antoinette's health rapidly deteriorated in the following months. By this time she suffered from tuberculosis and possibly uterine cancer, which caused her to hemorrhage frequently.

Despite her condition, the debate as to her fate was the central question of the National Convention after Louis's death. There were those who had been advocating her death for some time, while some had the idea of exchanging her for French prisoners of war or for a ransom from the Holy Roman Emperor. Thomas Paine advocated exile to America. Starting in April, however, a Committee of Public Safety was formed, and men such as Jacques Hébert were beginning to call for Antoinette's trial; by the end of May, the Girondins had been chased out of power and arrested. Other calls were made to "retrain" the Dauphin, to make him more pliant to revolutionary ideas. This was carried out when the eight-year-old boy Louis Charles was separated from Antoinette on 3 July, and given to the care of a cobbler. On 1 August, she herself was taken out of the Tower and entered into the Conciergerie as Prisoner No. 280. Despite various attempts to get her out, such as the Carnation Plot in September, Marie Antoinette refused when the plots for her escape were brought to her attention. While in the Conciergerie, she was attended by her last servant, Rosalie Lamorlire.

She was finally tried by the Revolutionary Tribunal on 14 October. Unlike the king, who had been given time to prepare a defence, the queen's trial was far more of a sham, considering the time she was given (less than one day). Among the things she was accused of (most, if not all, of the accusations were untrue and probably lifted from rumours begun by libelles) were orchestrating orgies in Versailles, sending millions of livres of treasury money to Austria, plotting to kill the Duke of Orléans, incest with her son, declaring her son to be the new king of France, and orchestrating the massacre of the Swiss Guards in 1792.

The most infamous charge was that she sexually abused her son. This was according to Louis Charles, who, through his coaching by Hébert and his guardian, accused his mother. After being reminded that she had not answered the charge of incest, Marie Antoinette protested emotionally to the accusation, and the women present in the courtroom and the market women who had stormed the palace for her entrails in 1789, even began to support her. She had been composed throughout the trial until this accusation was made, to which she finally answered, "If I have not replied it is because Nature itself refuses to respond to such a charge laid against a mother."

In reality the outcome of the trial had already been decided by the Committee of Public Safety around the time the Carnation Plot was uncovered, and she was declared guilty of treason in the early morning of 16 October, after two days of proceedings. Back in her cell, she composed a letter to her sister-in-law Madame élisabeth, affirming her clear conscience, her Catholic faith and her feelings for her children. The letter did not reach élisabeth.

On the same day, her hair was cut off and she was driven through Paris in an open cart, wearing a simple white dress. At 12:15 p.m., two and a half weeks before her thirty-eighth birthday, she was beheaded at the Place de la Révolution (present-day Place de la Concorde). Her last words were "Pardon me sir, I meant not to do it", to Henri Sanson the executioner, whose foot she had accidentally stepped on after climbing the scaffold. Her body was thrown into an unmarked grave in the Madeleine cemetery, rue d'Anjou, (which was closed the following year).

Her sister-in-law élisabeth was executed in 1794 and her son died in prison in 1795. Her daughter returned to Austria in a prisoner exchange, married and died childless in 1851.

Both Marie Antoinette's body and that of Louis XVI were exhumed on 18 January 1815, during the Bourbon Restoration, when the comte de Provence had become King Louis XVIII. Christian burial of the royal remains took place three days later, on 21 January, in the necropolis of French Kings at the Basilica of St Denis. 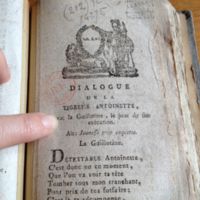 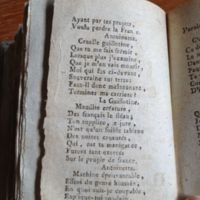 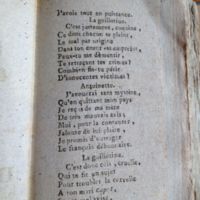 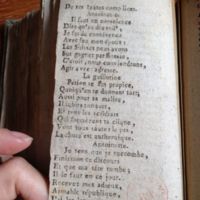 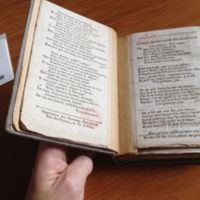