Site 1 (also known as Ban Ang) contains nearly 400 carved stone jars.  Archaeological research began in the 1930s led by Madeleine Colani (1866-1943), with later research conducted by Eiji Nitta, Thongsa Sayavongkhamdy, and a UNESCO team led by Julie Van den Bergh and Samlane Luangaphay. In 2016, Lao-Australian team conducted excavation and survey at Site 1, resulting in a detailed inventory of the stone jars, burial marker boulders and sandstone discs. The site is dominated by a limestone cave which faces over 384 stone jars arranged in five groups. To the north of the site is a small hill that is home to the largest and most impressive jars (Group 1). At a lower elevation to these, lie the largest group of megalithic jars (Group 2) arranged in a crescent in front of the cave mouth. Three smaller groups of jars make up the rest of the site to the south. Interspersed among the jars were 16 sandstone discs and 308 siliceous quartz breccia boulders. 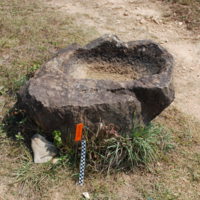 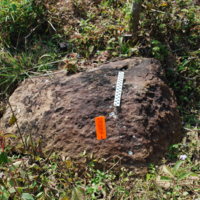 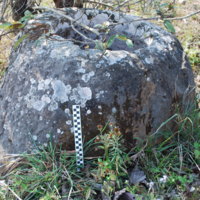 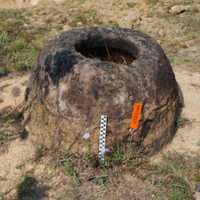 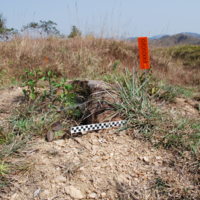 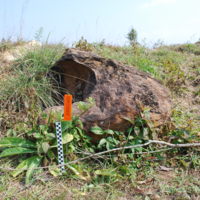 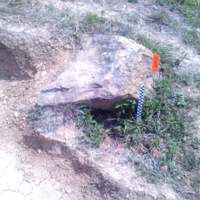 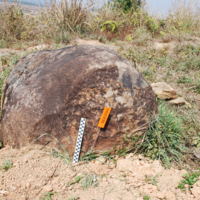 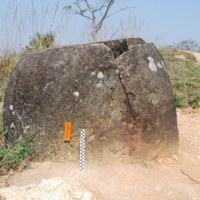 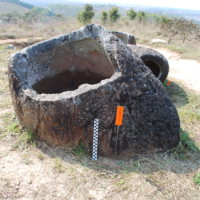