The Ballad of Roddy McCorley

The Ballad of Roddy McCorley

Irish ballad about United Irishman and outlaw Roddy McCorley, written for the 100th anniversary of the United Irishmen rebellion in Ireland, by Ethna Carbery

The melody for Roddy McCorley was later used in the song, Sean South from Garryowen, which tells the story of a failed IRA attack on a Royal Ulster Constabulary Barracks in County Fermanagh in 1957.

1.
Oh, see the fleet-foot hosts of men who speed with faces wan,
From farmstead and from thresher's cot along the banks of Ban.
They come with vengeance in their eyes; too late, too late are they,
For young Roddy McCorley goes to die on the bridge of Toome today.

2.
Oh Ireland, Mother Ireland, you love them still the best,
The fearless brave who fighting fall upon your hapless breast.
But never a one of all your dead more bravely fell in fray,
Than he who marches to his fate on the bridge of Toome today.

3.
Up the narrow street he stepped, so smiling, proud and young,
About the hemp-rope on his neck, the golden ringlets clung;
There's ne'er a tear in his blue eyes, fearless and brave are they,
As young Roddy McCorley goes to die on the bridge of Toome today.

4.
When last this narrow street he trod, his shining pike in hand,
Behind him marched, in grim array, a earnest stalwart band.
To Antrim town! To Antrim town, he led them to the fray,
But young Roddy McCorley goes to die on the bridge of Toome today.

5.
The grey coat and its sash of green were brave and stainless then,
A banner flashed beneath the sun over the marching men;
The coat hath many a rent this noon, the sash is torn away,
And Roddy McCorley goes to die on the bridge of Toome today.

6.
Oh, how his pike flashed in the sun! Then found a foeman's heart,
Through furious fight, and heavy odds he bore a true man's part.
And many a red-coat bit the dust before his keen pike-play,
But Roddy McCorley goes to die on the bridge of Toome today.

7.
There's never a one of all your dead more bravely died in fray
Than he who marches to his fate in Toomebridge town today;
True to the last! True to the last, he treads the upwards way,
And young Roddy McCorley goes to die on the bridge of Toome today.

Wikipedia: Roddy McCorley (died 28 February 1800) was an Irish nationalist from the civil parish of Duneane, County Antrim, modern day Northern Ireland. Following the publication of the Ethna Carbery poem bearing his name in 1902, where he is associated with events around the Battle of Antrim, he is alleged to have been a member of the United Irishmen and claimed as a participant in their rebellion of 1798.

Roddy McCorley was the son of a miller and was born near Toome in the parish of Duneane, County Antrim. A few years before the 1798 rebellion McCorley's father is believed to have been executed for stealing sheep. These charges may have been politically motivated in an attempt to remove a troublesome agitator at a time of great social unrest. Following his father's execution, his family were evicted from their home.

There is uncertainty as to whether McCorley was actually actively involved with the predominantly Presbyterian United Irishmen or the predominantly Catholic Defenders. McCorley's role in the 1798 rebellion itself is unrecorded. In a poem written 100 years after the rebellion by Ethna Carbery, he is claimed to have been one of the leaders of the United Irishmen at the Battle of Antrim, however there is no contemporary documentary evidence to support this claim or prove that he was even active in the rebellion.

After the rebellion, McCorley joined a notorious outlaw gang known as Archer's Gang, made up of former rebels and led by Thomas Archer.Some of these men had been British soldiers (members of the Irish militia) who changed sides in the conflict, and as such were guilty of treason and thus exempt from the terms of amnesty offered to the rank and file of the United Irishmen.This meant that they were always on the run in an attempt to evade capture. This "quasi-rebel" group were claimed to have attacked loyalists and participated in common crime. It is believed that McCorley was caught whilst in hiding, having been betrayed by an informer.

After McCorley was arrested he was tried by court martial in Ballymena on 20 February 1800 and sentenced to be hanged "near the Bridge of Toome", in the parish of Duneane. His execution occurred on 28 February 1800. This bridge had been partially destroyed by rebels in 1798 to prevent the arrival of loyalist reinforcements from west of the River Bann.

His body was then dismembered and buried under the gallows, on the main Antrim to Derry road. A letter published in the Belfast Newsletter a few days after McCorley's execution gave an account of the execution and how McCorley was viewed by some. In it he is called Roger McCorley, which may be his proper Christian name.

“Upon Friday last, a most awful procession took place here, namely the execution of Roger McCorley who was lately convicted at a court-martial, to the place of execution, Toome Bridge, the unfortunate man having been born in that neighbourhood.
As a warning to others, it is proper to observe that the whole of his life was devoted to disorderly proceedings of every kind, for many years past, scarcely a Quarter-sessions occurred but what the name of Roger McCorley appeared in a variety of criminal cases.
His body was given up to dissection and afterwards buried under the gallows…thus of late we have got rid of six of those nefarious wretches who have kept this neighbourhood in the greatest misery for some time past, namely, Stewart, Dunn, Ryan, McCorley, Caskey and the notorious Dr. Linn. The noted Archer will soon be in our Guard-room.”

In 1852, McCorley's alleged nephew Hugh McCorley was appointed foreman of construction of a new bridge across the River Bann at Toome. Hugh made plans to recover his uncle's body and on 29 June 1852, buried him in an unmarked grave at Duneane parish graveyard.

His great-grandson, Roger McCorley, was an officer in the Irish Republican Army in the Irish War of Independence (1919–1921). 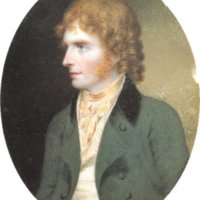 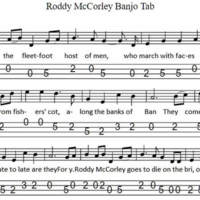